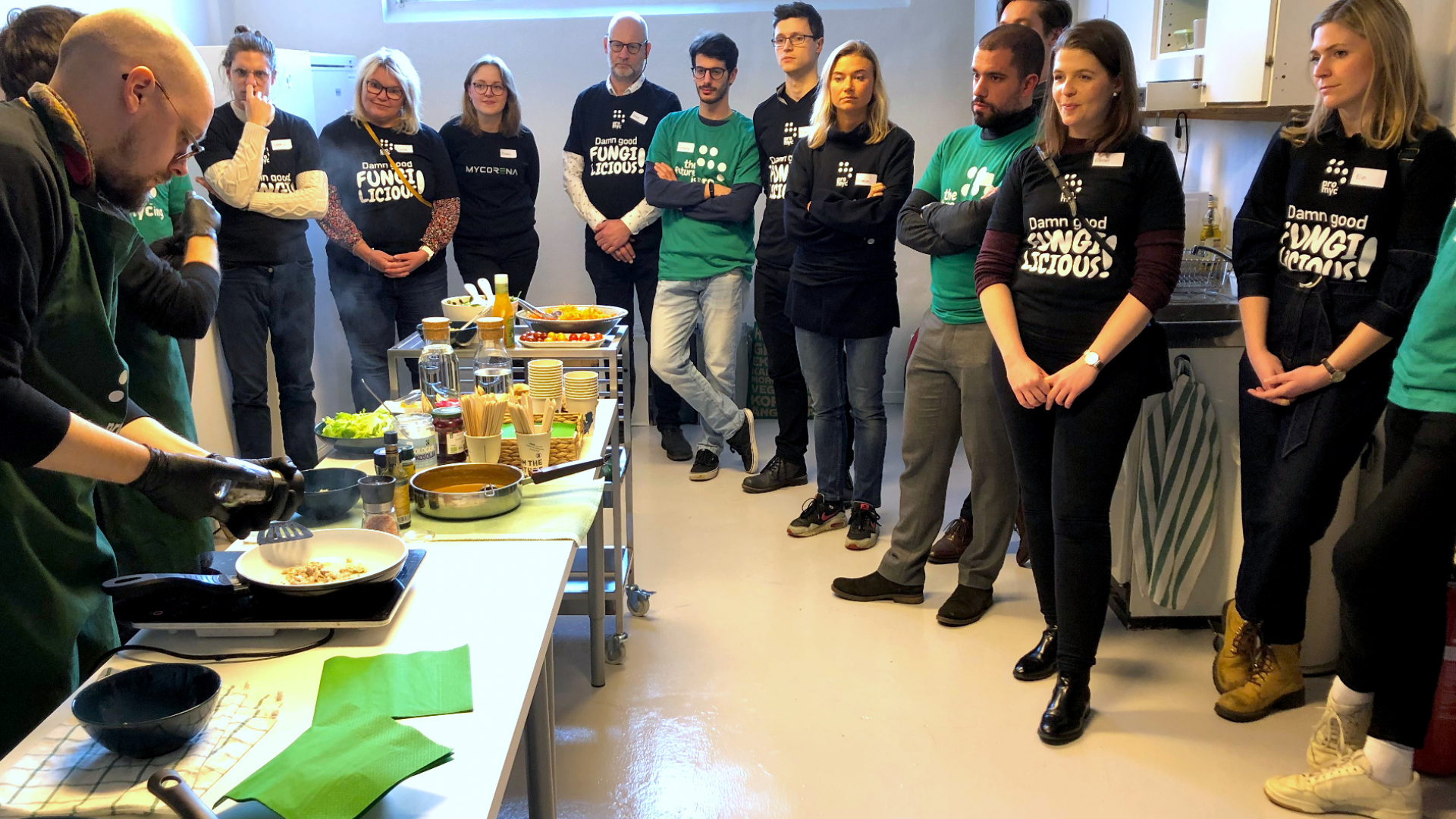 Exciting days are here since we got the ball rolling on bringing Promyc to everyone as a delicious treat. In the previous weeks, Promyc fans had been invited to have a taste of the future at our own facility. On March 13, the first Promyc4Cuisine event went live at our small Promyc production and development facility, which is now baptized Promyc Innovation Centre.

The event featured, first of all, a tour of our Promyc production space, in which everyone could see the real fermentation tanks in which this protein is produced. Inspired by the innovative methods of production, we followed on to a live cooking session at our Promyc lab test kitchen. “A unique happening where you have a culinary experience, but in a cool lab setting!” was the words of one of the visitors to describe the experience. 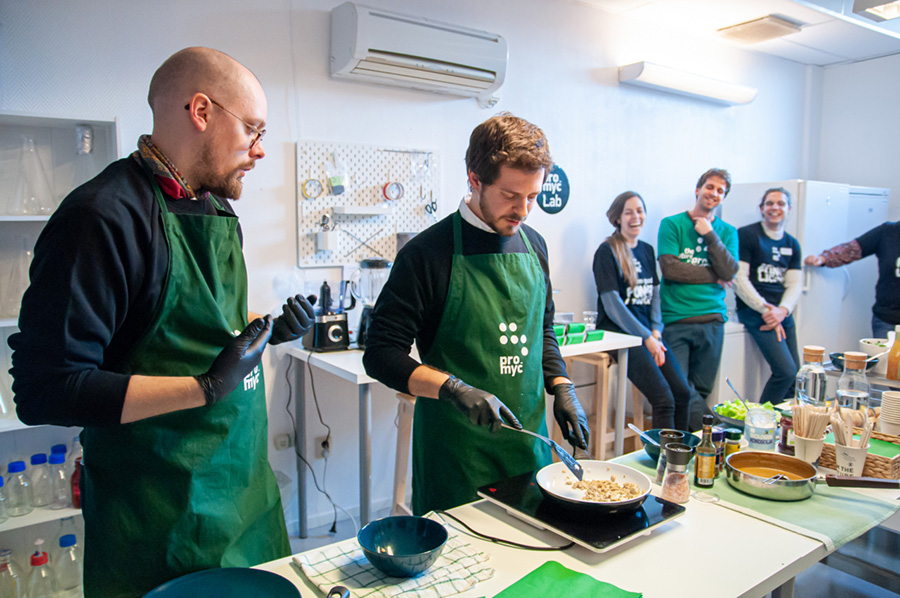 As dinner time approached, a dish of Promyc balls (vegan and gluten-free “meat”balls) was served to everyone on the traditional Swedish way: potatismos med grädsås och rårörda lingon (mashed potatoes with brown sauce and lingonberries)

The rise and serve of protein under one roof

What is the meaning of such an event in a time where food is just everywhere all the time? If there was one underlying unique aspect of this experience, was that whole dishes for several people were made using protein that had been produced from scratch in that exact same spot.

The protein used in the “meat”balls eaten that day was only a small portion of a single one-day production of a small scale bioreactor. Any animal or plant would have needed months or years to grow on arable land and optimal conditions. Last but not least, this experience could have happened anywhere in the world with the same technical outcome.

Thank you all of you that came to visit us!

Next: New Facility to Take Vegan Fungi Protein Closer to the Market