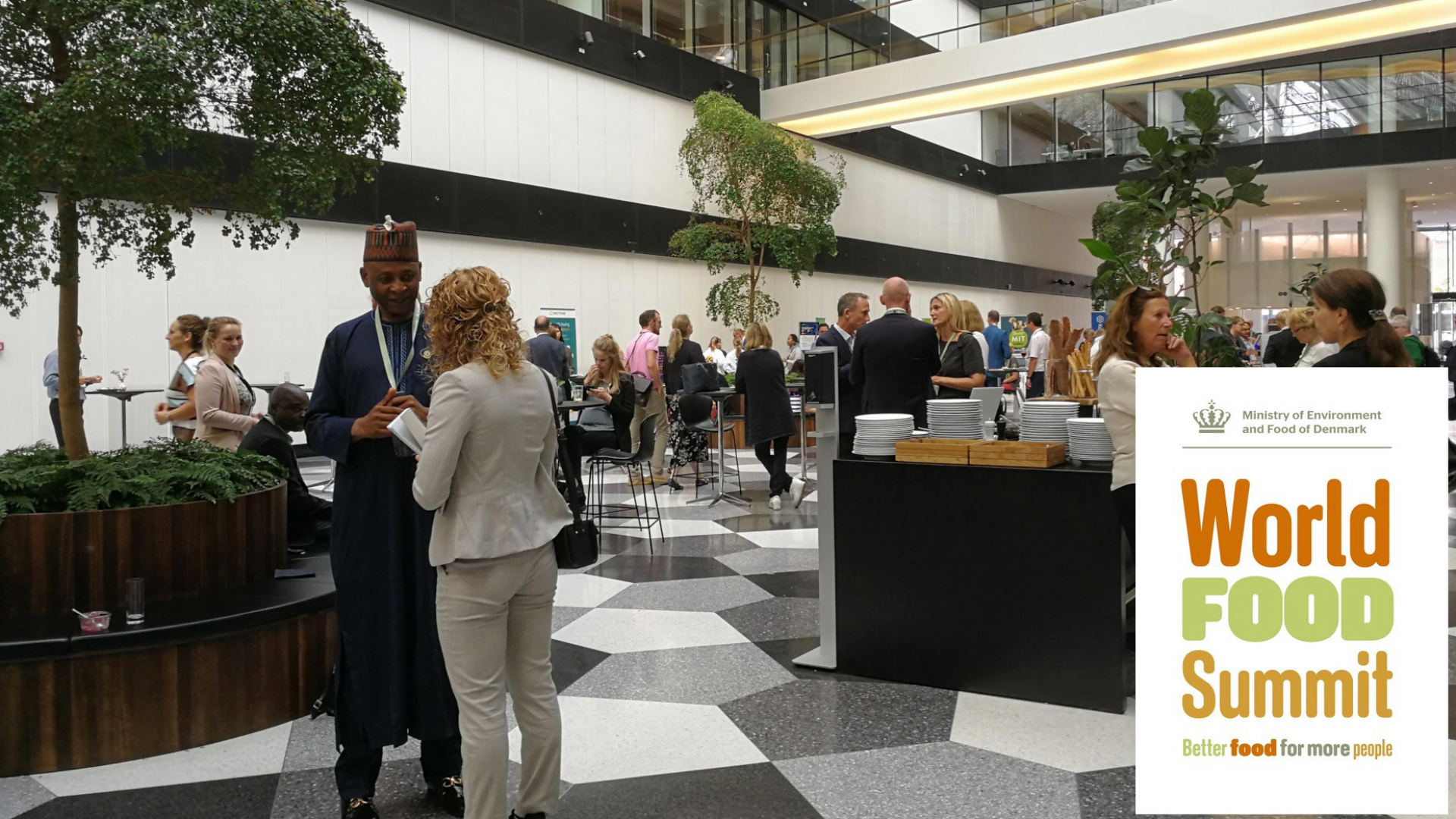 During 29 and 30 of August, the Danish government hosted the 4th edition of the World Food Summit (WFS19), which was held in the National Parliament and Confederation of Danish Industry. The event took a baseline direction of working towards the UN Sustainable Development Goals, in particular Goal 12: “Responsible consumption and production”.

The first day started with world representatives and influential individuals in the food sector, bringing us topics and hard truths about the challenges we are facing concerning food in the world. The day took us towards the main problems that would be discussed in dedicated workshop sessions the following day. The three main topics of discussion that themed the event were “Food safety and food security”, “Better health and diets” and “Improved resource efficiency”. As a public actor in the theme, we were invited to the event in particular for participating in the “improved resource efficiency workshop”.

Problems in the future of food

Between different speakers, and different debates, there was a common line of understanding among the needs and problems we are facing all over the world concerning food security and sustainability. From these, we took particular note on the following:

Resource inefficiency in the food industry

So why are we wasting so much food? Why is the industry so inefficient when it comes to maximizing the use of resources? Food is lost among the whole food value chain, from the agriculture, to processing to consumption. A commonly agreed answer among the participants is that the features of a linear economy and under-valuation of resources is often the cause of food waste.

To address this, participants in our discussion groups proposed some governmental measures to increasing the sustainability of this industry segment. Some of this proposals were on the line of regulating costs of materials and products according to the amount of resources they use and environmental impact caused, without drastic increases to food prices. In other words, push industries to produce more food using less resources. In this way, industries will have incentives to maximize resource usage and upscale side-streams and waste.

In too many parts of the world today, subsidization schemes skew the value of natural resources to enable cheap production of goods. In this sense, for profit-driven organizations it has been traditionally easier to dispose of undesired food rather than reduce of upscale this waste or side-streams. This scenario is now recognized as unsustainable as more and more governments are shifting towards changing it and taking steps towards a more circular economy in the food industry.

At Mycorena, we deeply believe circular economy is needed for the future of food, and we are committed towards making it a reality. It’s wonderful to see this mission embraced by more actors in both public and private sectors. Our envisioned sustainable future is not here yet, but we are surely a step closer than we were yesterday, so let’s keep moving!

Next: What is “Single Cell Protein”? What About “Mycoprotein”?