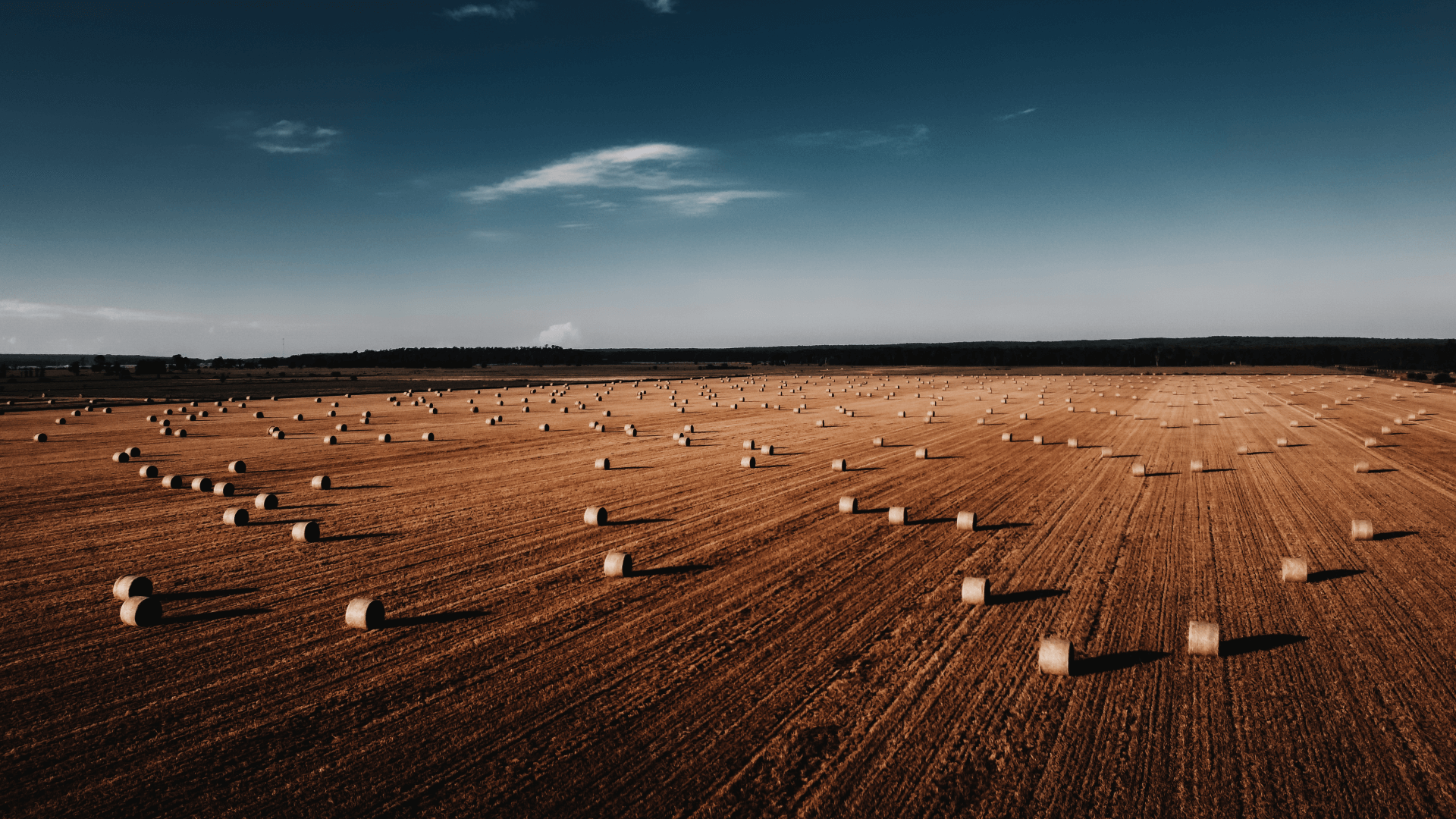 Feeding the world population - do we have enough arable land?

One of the most pressing issues in food production worldwide is the area of land required to grow it, commonly referred to as land use. Of course, everyone has heard about the high land usage of some food industries, especially beef. Still, at Mycorena, we believe it’s essential to shed light on the issue and examine the numbers to determine the magnitude of this problem.

The meat industry requires massive areas of land to produce food. The average for beef production is 217.5 m2 of land per kg of meat (Figure 1). This is the equivalent of two-fifths of a basketball court, or four-fifths as big as a tennis court, for each kg of meat. If we consider that a cow can weigh up to 720 kg, the equivalent land used to produce that meat is 22 football fields. Other types of meat like pork or poultry are less demanding on the usage of land. However, the requirements are still very high, with 11.5 m2/ kg for pork and 6.5 m2/ kg for poultry (Figure 1). If we consider that on average, each person in Sweden consumes 24.5 kg of beef, 32.7 kg of pork, and 21 kg of poultry, the land usage of the meat produced to feed each person in Sweden would be around 5800 m2. If we multiply this number by Sweden’s population, the resulting area is more significant than two times Africa’s surface. This is the cost of feeding meat to a small country like Sweden, the numbers become hard to grasp when considering highly populated western countries with diets high in meat.

The numbers get better when we substitute meat with vegetable proteins. For example, the land used to grow pulses is 5.5 m2/ kg, 97% less than beef. The numbers are very similar to soy, with 3.8 m2/ kg (Figure 1). These numbers are a great reduction in land usage compared to the meat industry. On average, each swede consumes 1.75 kg of soy per year, which requires just 6.7 m2 of land. However, there are other problems resulting from soy cultivation worldwide. The soybean industry is causing widespread deforestation, soil erosion, overuse of agrochemicals and fertilizers and it’s the cause of forced migration for small land farmers and other indigenous communities in Brazil, Argentina, and Paraguay. Other sources of protein are required to minimize the impact that soy crops have on the planet.

Finding alternative sources of protein is the main focus of the food industry in the last few years. At Mycorena, we developed a fungi-based protein called Promyc. This protein is a great source of nutrients and fiber, and the fungi grow in just 24h in a very small area. Our latest estimations indicate that growing a kg of Promyc requires an area of 0.46 m2. That is less than half a square meter. This area is 88% lower than the required to grow soybeans, and 99.8% lower than the area needed for beef (Figure 2). If we would replace by Promyc all the meat eaten in Sweden per year, the resulting area would be lower than Sweden’s surface, in comparison to twice the surface of Africa. This is the aim of Mycorena, not only in Sweden but worldwide: to produce a sustainable source of food that can feed everyone while minimizing the impact in the world.

Figure 2. Percent of the land saving for Promyc compared to other food industries.

1.- Durk Nijdam, Trudy Rood, Henk Westhoek. The price of protein: Review of land use and carbon footprints from life cycle assessments of animal food products and their substitutes. 2012. Food policy

Next: The industrial possibilities of fungi